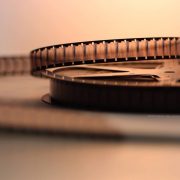 We are consistently impressed by the quality of the 16mm and 8mm films that we digitize. Not only do we enjoy seeing these slices of life from the last century, but are often amazed at the quality of the finished product. Due to a combination of well made cameras and film, our top of the line digitization equipment, and our post processing techniques, we are able to bring these meaningful films back to life.

It is rare that 16mm and 8mm films show signs of deterioration, especially if they have been stored in cool and dry places. Occasionally, we see films with “vinegar syndrome,” indicated by a clearly acidic smell which signals the breakdown of the cellulose acetate film that can lead to shrunken, brittle film, but that is more typical to 16mm films that have been stored in warm and humid environments.  The longevity of the film, combined with the high quality lens that was typical to movie cameras, helped to produce film that often stands the test of time.

Fast forward 50 odd years, the equipment used to digitize the film has also improved greatly. Gone are the days when people projected the film and videotaped the projection to digitize the film.  We now have a top of the line machine called the RetroScan Universal which captures the film frame by frame, then digitally stitches the images together into a movie. The machine also has a variable exposure system which evaluates and adjusts the exposure for each frame. On top of that, the machine is sprocketless, so if your film is starting to deteriorate, there is less chance that it will snap as it is fed through the machine.

Once the film is digitized, we are able to improve the quality of the picture using our video editing software, called Adobe Premiere. As part of our standard service, we reduce the noise digital noise, meaning we remove the pixels that make the film look grainy, remove some of the dust, and color correct the film.

These three factors work together to produce a superior quality product which your family can enjoy for generations to come.

Take a look for yourself: 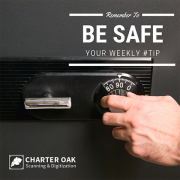